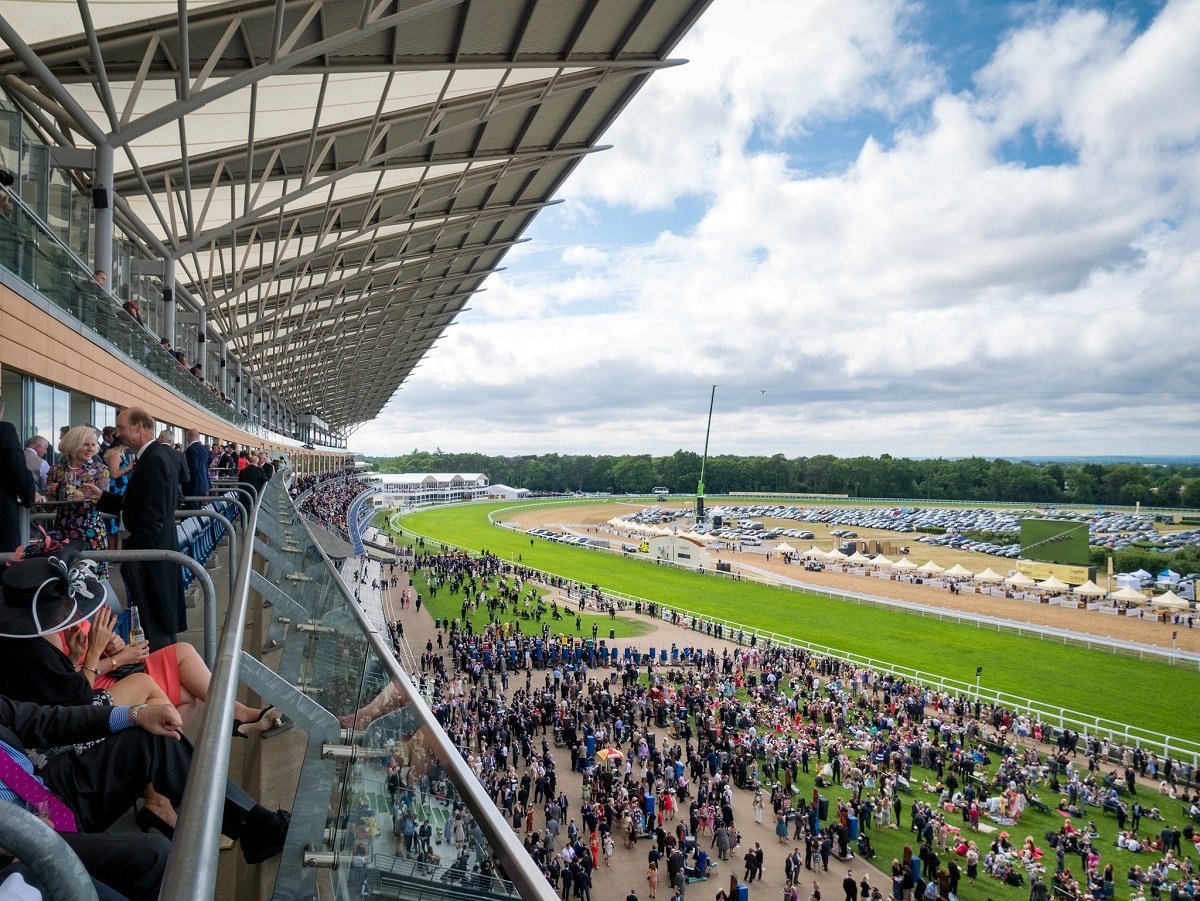 Two stand out here, Salayel and Maydanny, it’s established form in the book, versus an improver and potential.

Salayel, on his York 4th last August behind Excellent Times is the best piece of past form in the race. That York race was red hot, multiple winners have come from the race and franked the worth of the form. Agincourt, who finished 2nd at York almost pulled off a big price victory in Tuesdays Group 2 Duke Of Cambridge Stakes and further enhanced the York form.

With Salayel, there’s a slight concern that her form is better at 7 furlongs rather than Ascot’s mile. Examination of her pedigree backs up that thought, there’s a lot of speed in her pedigree. Current price 14/1, and even with the slight trip doubts I think that offers some value.

Maydanny has a different profile and it’s more about what is potentially to come in the future.

Thrice raced, he has a top-class pedigree and looked a nicely handicapped horse on his impressive victory at Yarmouth two weeks ago. Currently 7/1, he needs to improve a little to be rated ahead of Salayel, but with his profile that is entirely possible.

A slight concern for Maydanny is his draw in 5. On the limited evidence of Tuesday’s races, there could be a draw bias favouring the higher numbers. At this stage,  I’m not overly concerned and it could be the market overreacts to Tuesday’s races and Maydanny’s price drifts.

A race full of potential with many whom we’ve yet to see the best of.

Much as I was impressed by Hukum when he won his Kempton maiden, at the weights this initial stage Derby entry needs to find a significant improvement to win here, that’s possible but I’m happy to overlook him. To Nathaniel’s form is on a steep upward trajectory and he has to be respected for the all-powerful John Gosden stable. Arthurian Fable is on a fair mark and has been crying out for this step up to 12 furlongs, he’s a likely improver

Despite all this, I think there’s a good bet or bets here. The key piece of form is the recent Haydock handicap contested by four of these – Kipps, Glenties, Oleskander and Berkshire Savvy.

Kipps looks well ahead of his handicap mark, lightly raced there’s likely better still to come and on breeding, this step up to 12 furlongs could bring about better from him.

He travelled up strongly in the Haydock event, only to be done on the nod by Walkonby. You could argue there’s little value in his price at a current 9/2, I could see him drifting a little as there are likely to be many fancied and backed in this. I’m happy with 9/2, I think he is the most likely winner. Not a big bet at the price, but a little value.

As for the others from the Haydock race, Glenties ran as recently as Sunday at Goodwood when turned over in a 3 runner race by Bright Eyed Eagle. That may turn out to have been a decent effort, Bright Eyed Eagle could be very good and I can see Glenties running well here. Glenties is a 33/1 shot that seems a fair price.

When I look at the other 2 runners from the Haydock race, Oleksander and Berkshire Savvy, Oleskander at 40/1 and is a likely improver for the step up to 12 furlongs. That said, it’s hard to envisage him finishing in front of Kipps.

Berkshire Savvy makes quite a bit of appeal and offers a bit of value. The 100/1 plus currently on the Exchanges is too big and worth an each-way play.

In the Haydock race, Berkshire Savvy travelled into contention alongside Kipps and going equally as well, only to fade in the final furlong. There’s plenty of stamina in his pedigree and it’s not hard to envisage him improving here, especially if the Haydock race has brought him forward in terms of fitness levels.

Another positive, his trainer Andrew Balding regularly sends a good one to this race. He progresses his horses steadily with racing so, again it’s not hard to see Berkshire Savvy finding some improvement here.

I can’t not back Berkshire Savvy here at 100/1, landing a few at this sort of price can make the difference when you sit down to look at your end of year P &L. I’m happy to play each way to find out if I’m right on the value of the Haydock form.

Lord North looks underestimated in the betting here, often the case with horses progressing from top handicaps to take on Group class animals. A reproduction of his 2nd, carrying 9-8 in the ultra-competitive Balmoral Handicap at Ascot last October entitles him to be involved here.

We know his well-being and fitness, he won a Group 3 at Haydock less than 2 weeks ago and his trainer John Gosden has his string in tremendous form.

There are only 7 runners, which makes each way less appealing but, for me, 11/1 is too big, I have him at half that price.

The best horses usually come to the fore in these straight mile handicaps where there’s usually an even tempo and a wide track that limits hard-luck stories. Not that many potential improvers in here, a few but nothing like the 3-year-old handicaps. The form is in the book so identifying the horse with the best past form at the weights can often unveil the winner.

There was a hint at a high draw bias from Tuesday’s straight course races, we’ll know more after the opening Silver Hunt Cup, but it may be you can mark down some of the lower drawn horses?

From the shortlist I have What’s The Story, Vale Of Kent and Afaak best weighted.

I’m putting a line through Vale Of Kent. On his York victory last August (What’s The Story 2nd) he has a solid chance. I have trouble backing Mark Johnston horses, I find them hard to predict and erratic in their form. Vale Of Kent ran below form at the Newmarket Guineas meeting (held up when usually a front runner!). He could bounce back but at 22/1 it’s not big enough for me to pay to find out.

What’s The Story’s chance is linked through the York handicap. He comes here without a run this year so there needs to be a bit of juice in the price with his well-being unknown. He is definitely on a winning mark and at 25/1 or bigger I’m happy to play.

I backed Afaak when he won this last year and I think he has a good chance of back to back Hunt Cup victories.

He is at his best in these straight mile handicaps with a thorough and even tempo pace. He’s also at his best with a little cut in the ground. On Tuesdays race times the going looks good, but there are some forecast showers for Ascot Tuesday evening and Wednesday afternoon. Should the heavens open, I’ll be upping stakes.

Cieren Fallon is booked to ride, he claims 3lbs which is a big positive. Afaak is drawn in stall 18 and in prime position to come up the stand rails as he did last year.

Currently 12/1 (17.0 Exchanges), I have Afaak at the head of the market and make him a decent bet here, even more so should some rain arrive.

An appealing betting heat where 2 horses stand out as on winning handicap marks.

Firstly Ranch Hand, a reproduction of his Newmarket 5th in the Bahrain Trophy and his subsequent win a high-class Haydock handicap gives him every chance here. He got a little lost when he stepped up in trip in the Cesarewitch on soft ground, but it’s easy to forgive him that run. 7/1 looks a fair price here and I can see him going off a little shorter.

You have to go back a little further for the form that signifies Almania’s chance here. To be precise, Royal Ascot last year when he ran 5th in last year’s ultra-competitive King George V handicap when trained by Sir Michael Stoute.

He was below that form subsequently, not by a great deal, I’m hoping the switch of stables may have refreshed him.

At 12/1 Almania appeals as a bet, I have his chance similar to Ranch Hand and ahead of the remainder.