The York Ebor meeting comes to a climax on Saturday with the feature Sky Bet Ebor Handicap at 3:40 pm.

As you’d expect, it’s a fiercely competitive event. Two horses take the eye as value at the current prices, Pablo Escobarr and Scarlet Dragon. On past racecourse performances, there’s little between the pair and both have good credentials. 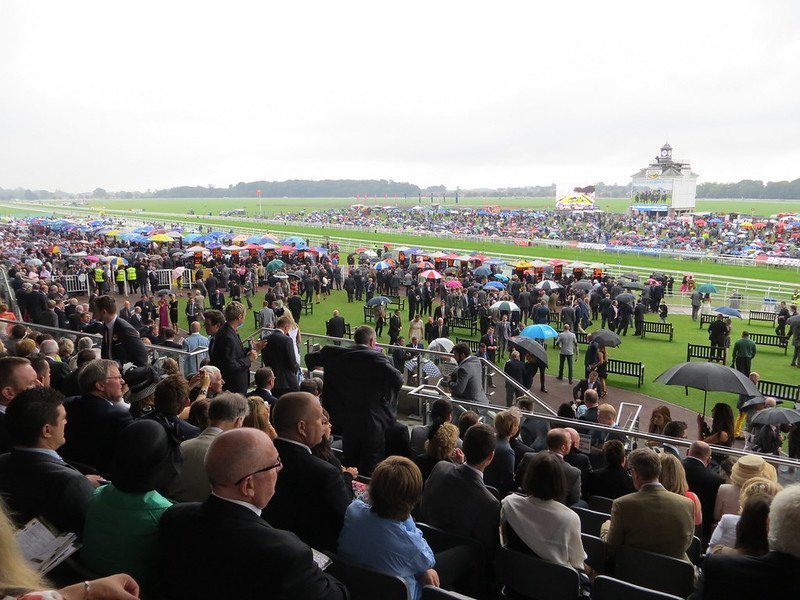 Pablo Escobarr has been plying his trade outside of handicaps in his recent runs. His third at Newbury, two outings ago behind Global Giant points at his chance here.

The Newbury race was over 10 furlongs, he has already proved his ability at 12 furlongs and on breeding, he promises to be even better suited by the step-up trip that the Ebor presents.

By Galileo and with a dosage profile of DI 0.68 CD (0.12), that points to horse bred to be at their optimum when there is an emphasis on stamina.

At the current best price of 8/1 the market has found him, I have that price as a true reflection of his chance. He’ll likely be available at a few points bigger on the exchanges, which would make him of a little appeal at the price.

Scarlet Dragon has similar credentials to Pablo Escobarr and is of interest at the current price of 25/1 (42.0 available on Betfair as I type).

His win at Royal Ascot gives him every chance of being involved here.

While his best recent efforts have been on ground with some cut, he does have form on quicker ground. It seems unlikely now, but should it come up soft on Saturday, I’d see his chances being enhanced, while that of some of his competitors reduced and would make him a strong bet at the current prices.

As it is, even on quicker going, there’s plenty of juice in the price and he looks a decent bet.

Away from the feature race, there appear several horses that look value at the current prices.

On past form, Lord Glitters is the best horse in this race.

He showed his well being in recent races and should get his optimum conditions on Saturday. He looks the most likely winner here, it’s just whether you want to take a fairly short price, currently 3/1?

For me, there’s not a great deal between some of the key contenders here and the 3/1 is about the right price for his chance. I’d be looking to get on at a bit bigger to be involved.

This a proper race, full of progressive staying 3-year-old handicappers and a case can be made for a number of these.

Worth noting Grand Bazaar’s pedigree, DI 1.67 CD 0.42, this doesn’t scream of a horse who will be at his best over 14 furlongs. He’s shown his ability at 12 furlongs, so it’s not implausible that he’ll be equally effective going up in trip, just a question mark I have that needs factoring into his price.

On what the three have achieved on the track, there’s little between them, so it comes down to what price you will get paid at.

The price will be the deciding factor here and I’m happy to play Grand Bazaar and Wise Glory against the field.

This looks straightforward, the best form on offer coming into this race is that of Acklam Express who won a Goodwood Nursery last time out in an impressive time.

The front 2 in the betting here, and the best horses, One Master and Safe Voyage have in the past both needed soft ground to show their best. That seems unlikely now and that gives the race an interesting betting shape.

Next best is Escobar, but similar to the two at the front of the market he probably wants soft ground to reproduce his best.

That leaves me with Beat Le Bon.

On his Goodwood win just over a year ago he’d be worth considering here. He’s been below that form since but showed a little more last time out at Salisbury in a race run at an inefficient tempo.

I’d been hoping for a little bigger than the current best price of 16/1, there’s every chance that could get bigger, he seems to be one of those horses with top-class handicap form that gets overlooked in the market when stepping into Pattern company.

I’d see any price north of 25/1 offering value and will be looking for a drift on the Exchanges to get involved here. 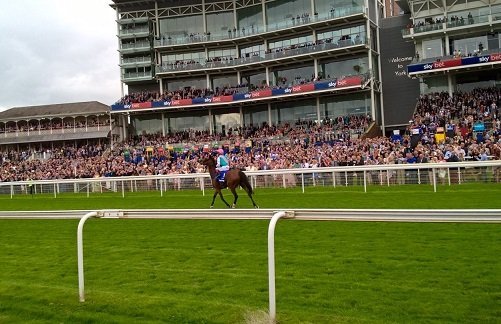 This looks straightforward, the best form on offer coming into this race is that of Acklam Express who won a Goodwood Nursery last time out in an impressive time.

With just 3 runs to date, Acklam Express is on an upward trajectory that may not be finished yet.

Third best in the early shows with the books at 11/2, that’s the wrong price. I have this as a 2/1 chance and could see Acklam Express going off considerably shorter come 4:10 on Saturday.

The two that stand out at the weights here are Cape Cavalli and Society Red.

Early shows have Cape Cavalli at 6/1.

Based on his win at York in July, a strong piece of form that gives him a good chance here, in my opinion at 6/1 the market has him about right.

That’s the early show, should he get out to 10/1 or more then I’d be interested in him as a bet here.

It’s been a while since Society Red last won, over two years and he’s had plenty of chances. That’s reflected in his price.

10 furlongs around York on good ground are his optimum conditions and he’s attractively weighted off a mark of 79. Society Red has won off a mark of 86 in the past and been placed in competitive events of 90.

His latest second at Leicester shows his well being and he looks overpriced on the opening 22/1 with the books.

With horses who have much sexier profiles in opposition, the price will likely get bigger. Society Red looks to have everything in place to show his best form here, that gives him a decent chance of being involved and he looks a decent each-way proposition.

I always look forward to this race, 3-year-old handicappers over the straight York 5 furlongs usually present a decent betting opportunity.

This year looks no different, Poets Dance and Never Dark are on marks they are capable of winning off and merit consideration at double-figure prices, but the one that stands out is Live In The Moment.

Live In The Moment posted an improved effort when beating the ultra-consistent Garsman over course and distance last time out. A reproduction of that run gives him a good chance here and with the potential of better still to come he looks solid here.

Opening up at 9/2 with the books, I think there’s a little value there and in what looks a weaker than average renewal of this race I could see Live In The Moment going off a little shorter.

12:55 – The Chepstow Nursery contested by City Code and Host looks to be the key piece of form coming into this race. At the revised weights, little between the pair. At the prices Host at 7/1 is preferred.

1:30 A typically tight affair with little between a few of the runners. Recent Windsor winner Spoof is the obvious one and a worthy favourite. Zapper Class has his optimum conditions and may offer a little value at odds of up to 14.0 on the Exchanges.

2.05 – Overnight favourite New Chapter somewhat showed his hand when being very heavily backed for a Doncaster race last Saturday before being withdrawn. It will be interesting to see if a similar volume of money arrives today?

I prefer to look deeper into the market.

Two who appear on winnable marks are Tell Me All and Kingbrook. Neither are proven with cut in the ground, Tell Me All ran poorly on soft ground last season at Newmarket, while Kingsbrook is untried.

This will be Kingsbrook’s seasonal debut so his fitness and well being need to be taken on trust, but at the current 20’s plus on the Exchanges, that seems a fair exchange for these concerns.

2:40 Barossa Red is the obvious one here and a worthy favourite. He gets his optimum conditions and comes here fit and in form. While currently favourite at 11/2, I feel that’s too big and see him more a 7/2 chance here. Barossa Red looks a solid proposition at the current price.

Dean Street Doll is another on a winnable mark, he’s been missed by the market on his last two runs and outrun his odds both times. I’d been hoping for similar today, however, the market seems to have found him in the race. At the current 13/2, I have him nearer a 5/1 chance, he offers a little value too.

Plenty of other in form runners here, but I think the winner is most likely to come from one of the front two in the market.

3:15 This is a decent contest with a host of lightly raced progressive 3-year-olds taking each other on.

That said, at the prices, there’s a standout one here.

Zegalo, is on a very winnable handicap mark, comes here fit and well and gets back on softer ground which could well eke out some further improvement. At a current 9/1, bigger on the Exchanges, I have Zegalo around a 4/1 chance here and therefore, he makes considerable appeal today.

Note for the future, With Respect looked a very decent prospect on his Newbury debut on heavy ground. Below that form on the all-weather since. I wouldn’t be surprised to see him outrun his big odds today and he’s one to have an eye on for the future when he gets back on really testing underfoot conditions.

3.55 Recent impressive Doncaster winner Queens Course is the obvious one here. That win came on firm ground and she needs to prove she is as effective on softer ground. With that doubt, I’m happy to be against her here at a short price.

Using that as the angle into the race, the one I want to be with and who looks overpriced is Dream World at 6/1.

From those that have had a run, it’s difficult to assess how the market will ultimately settle. Current favourite Settlement looks very short at 5/4, time may show that Creative Flair achieved more on her Ascot debut. It will be interesting to see if the current 11/2 on Creative Flair contracts by the off-time?

5:00 I was with Gas Monkey last weekend when he probably should have won that Newbury race. He contests another apprentice handicap here, the slightly more experienced Tyler Heard takes over from Sam Fielden.

Gas Monkeys second here two outings ago in a very decent time for the grade is the standout piece of form. While he was below that last weekend at Newbury, there’s no reason to desert him here back on the track, distance and going where he’s shown his best.

Gas Monkey was very heavily backed at Newbury, the current 9/2 looks too big and I see him more a 3/1 chance here.