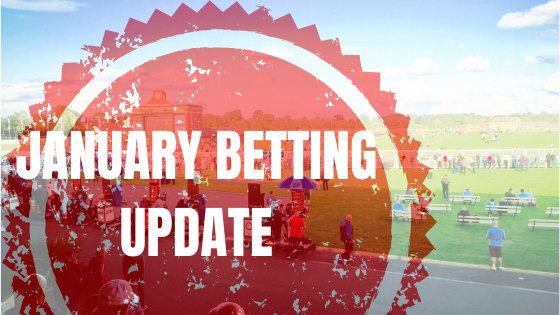 84 bets in total for January (that treats each-way bets as 2 bets, one win and one place).

Individual bets can be viewed here.

The National Hunt season is always quieter than the Flat season in terms of quantity of bets made. The lack of quality races and non-competitive races on weekdays means the vast majority of bets are placed on Saturdays when the quality and competitiveness of races are at their highest.

Other than Cheltenham and to a lesser extent the Aintree Grand National meeting this is the norm. Things hot up once the Flat season gets underway.

A decent month in terms of profit. One highlight was Thomas Darby winning a nice handicap hurdle at Ascot. Having disappointed on his previous run over fences at Kempton behind Master Tommytucker, he looked on a decent handicap mark of 151 based on his 2nd at last years Cheltenham Festival behind Klassical Dream. I had Thomas Darby as a 7/2 shot on my tissue prices so he appeared a good bet at over 10/1.

After his victory, I read connections were looking to target a race at the Grand National meeting. Maybe a rethink will see him head to the Champion Hurdle where he wouldn’t be without a chance, it is shaping up to be a below par and open renewal.

Mill Green was another decent winner and as with Thomas Darby, it was a performance from the previous season that led me to make the bet.

I rank highly recency of form, but sometimes it pays to look back a bit further if you can make out extenuating reasons for overlooking recent efforts. In the case of Mill Green, his 4th to Third Wind in the EBF Final at Sandown last March looked the key to his chance here.

I was happy with the average odds of 12.3 (just over 11/1) taken on the Exchanges in the morning only for him to drift and return at an SP of 14/1. I’m not sure what the Betfair SP returned but it would likely have been at least a couple of points higher. So, while a winner, I didn’t get the best price – that’s the way it goes sometimes.

And the not so good….

Looking at what could have worked out better on the month, 2 bets are worth a mention. One with circumstances totally beyond my control, the other I made a right royal mess of!!!

First off, Debestyman in the Lanzarote. I didn’t watch the race live, which in this case was probably a good thing. The initial reaction in the heat of the moment when something goes against you and you feel hard done by is to try and put it right and put it right immediately. In betting terms, chasing losses and making bad bets.

I watched the race not knowing the result in the evening, at which point racing was done for the day so I couldn’t try and recover the losses.

If you didn’t see the race, Debestyman unseated the rider at the last hurdle when about 3 lengths ahead. You couldn’t say for certain he’d have won, but he looked to just have to clear the last flight to prevail.

Absolutely nothing you can do about it, I’ve had 2 other similar fallers in Howling Milan and Goodbye Dancer in the past 4 weeks and it sometimes feels you are not getting a fair rub of the green.

There’ll be more of these this season, hopefully, balanced by the times it works in my favour. It would have made a significant difference to the monthly P&L having got on at 14/1 but that’s the way it goes sometimes.

The second bet worth a mention was probably my error, well it was my error!

I’d gone through a race at Wetherby on 23rd January and got a bit excited when checking the morning prices. Charmant, who I had as a 6/1 chance was trading 30.0 plus on the Exchanges. I didn’t place the bet at this point and went back to the race to see what I’d missed.

When I returned to the market Charmant had contracted to 18.0’s on the Exchange.

The race was painful to watch. Charmant travelled supremely well throughout the race and always looked like he was going to win. In the end, winning by 23 lengths at 16/1.

The best thing that happened here was I shut the laptop and went out for a walk. Raging with myself and my stupidity this was a classic ‘go on the chase’ situation. Looking back now I’m pleased that I walked away and went and did something else, these are situations when you can make ‘bad bets’ and dangerous to your long term P&L. 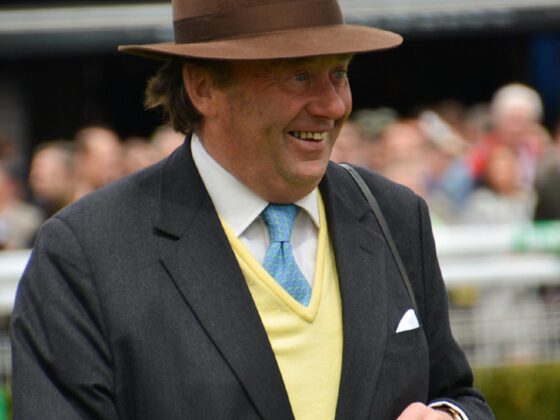 Shishkin heads to the Supreme Novices Hurdle at Cheltenham 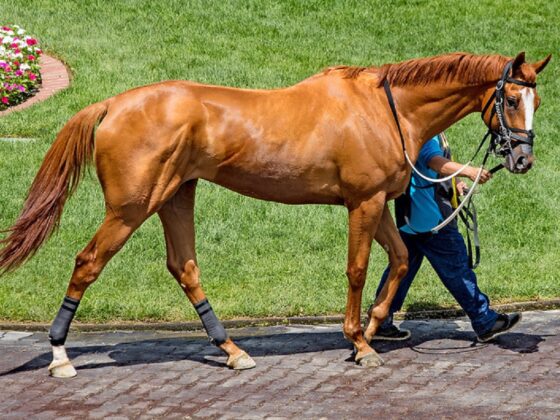 How to tell if a racehorse is fit? 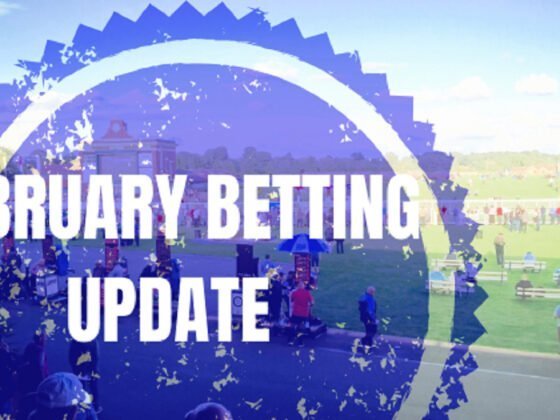