It would undoubtedly be one of the highlights of the week if Faugheen could do it. Not out of the question???

Arguably Itchy Feet has posted the best form coming into this race but I have that effort a little short of what is normally required to win this. At 4/1 Itchy Feet is short enough for me.

Probably a race I’ll sit out and hope that Faugheen can bring the house down. 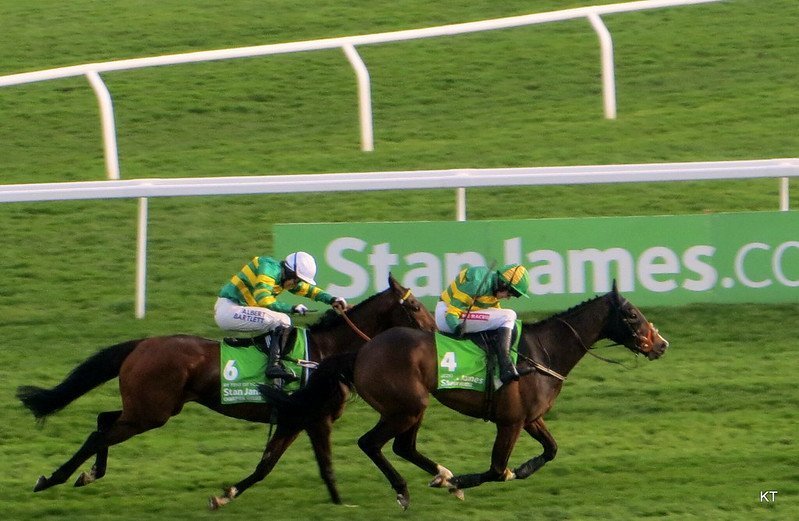 Love this race, and it’s done me well in the past.

I’ve watched his three runs this season with real interest. Let’s just say he’s been ridden with a future target in mind.

He ran in a Pertemps qualifier over the Christmas period at Leopardstown, finishing 9th. To qualify for this final a horse needs to finish in the top 6.

He subsequently crossed the Irish sea to run in a qualifier at Warwick where he finished 4th!! I backed him that day at 34.0 on the Exchanges, I suspected that was a bad bet at the time and with hindsight it was. On his best form, he could have been a short-priced favourite at Warwick.

I’ve no doubt he’s been trained to be at his prime for this race. A lot of people clearly think the same and he’s not a fantastic price at around 8/1 but there could still be a little value in that.

Stoney Mountain has similar form credentials on a win in a decent Haydock race back in November and qualified in similarly quiet fashion in the same Warwick race as Sire Du Berlais. I’m happy with Stoney Mountain’s price at 20/1 and will be playing him along with Sire Du Berlais for the win.

Of the remainder Third Wind had been on my radar for some time. He ran a great race when winning the EBF Final at Sandown last season.

We’ve seen him twice this season, on the latest occasion winning the qualifier race at Wincanton on Boxing Day. I’ve no doubt Hughie Morrison will have him spot on for this and that he’s had his handicap mark protected for this by not running since.

I was hoping for him to be 20/1 plus, he’s in at around 12/1 so I’m a little lukewarm on Third Wind at that price. He needs to progress to beat a top form Sire Du Berlais and Stoney Mountain so I’ll be letting him run unbacked unless he drifts significantly.

There are some admirable performers in this field but it’s all about one horse for me – Min.

His defeat of Politologue at Aintree last season is far enough in advance to make him one of my stronger fancies of the week.

Currently 11/4, that may not seem a big price but I’ll be happy backing him at any price north of 7/4.

Nothing complicated here – Min to win.

One of the bankers of the week and what a fantastic horse Paisley Park is. I’ll be very happy to see him strut his stuff and win again.

But, there’s an interesting one?

Paisley Park has dispelled all that has come at him. There’s one horse here, that may be able to give him a race and at an each-way price.

City Island’s win in last year’s Ballymore is a strong piece of form and a reproduction gives him a fair chance of defeating Paisley Park and importantly a better chance than the current best price of 14/1.

He’s had a disrupted path since last years Festival and comes back to hurdling here from an aborted chasing career. I don’t mind that as a betting angle and find horses often appreciate a revert back to what they’ve proved good at.

This looks very competitive and nothing particularly stands out at the prices.

Spiritofthegames ran a great race chasing home Cepage last time but is about the right price around 12/1, Happy Diva is maybe a little over priced at 20/1 but, I’m struggling with this race so I’ll let it pass by.

I’m on Floressa ante-post at 10/1 and have no seen nothing to make me want to add to my position. The rationale can be found here.

Another tough looking handicap chase. I do like the look of Nicky Henderson’s Champagne Platinum who could be on a nice handicap mark of 138.

8/1 doesn’t look a great price though so I’m likely to sit this one out.

Check out the previews for all 4 days of the Festival