Little did I think 24 hours ago that I might be penning a post about the Cheltenham Festival coronavirus concerns and the potential cancellation of the 2020 Festival but, if you take the betting markets as a measure then there is a 33% chance of this becoming reality! 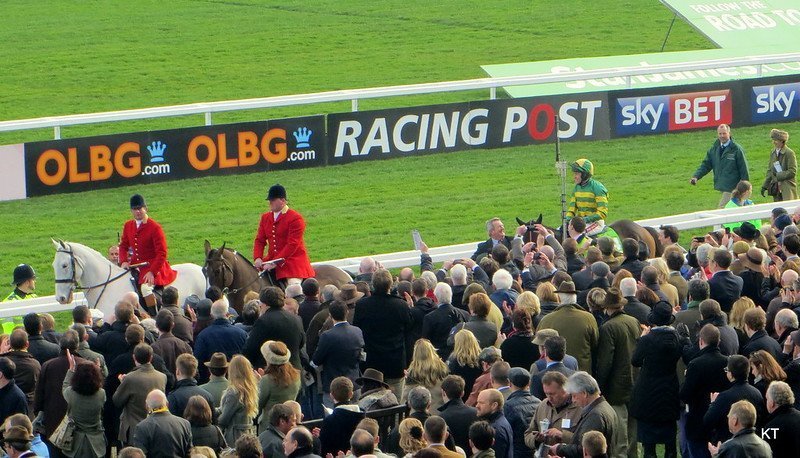 Sensational headlines grab clicks and readers, it’s worth mentioning that the Betfair Market makes no mention of racing being cancelled due to the coronavirus, just that racing won’t go ahead. If it’s cancelled due to waterlogging, flooding or some at present unbeknown to us ‘Black Swan’ event then you will get paid. 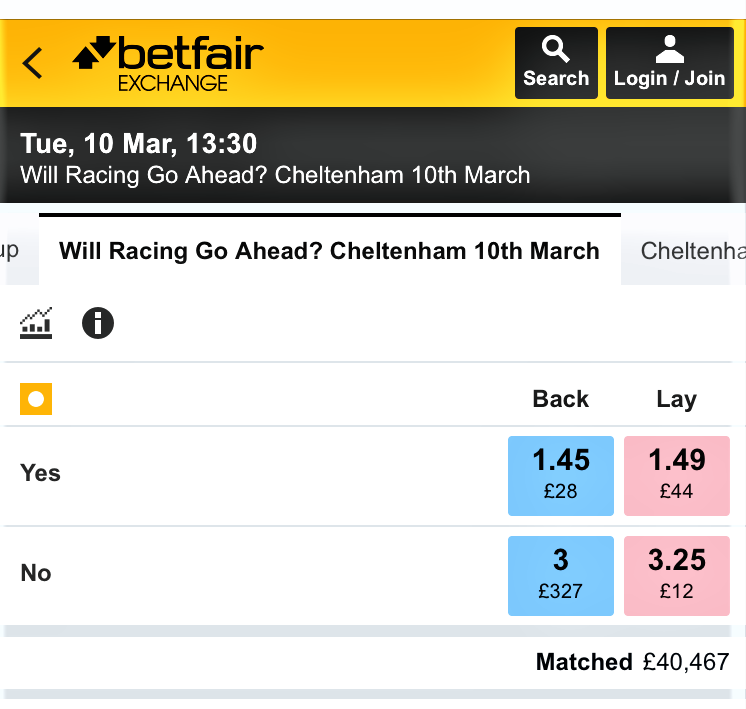 Everyone bet in ‘oner’s’, more monkeys were flying around than London Zoo!

In 1997 I started working in the betting industry, I worked in the shops in the Square Mile of the City Of London for the next few years. Cheltenham was the be-all and end-all of the year for me and customers alike.

Our customer base was primarily Bankers and Stockbrokers. If they weren’t at Cheltenham they’d engineer their working day to be in the betting shop for the duration of the afternoon or at least to watch every race.

It was the days before the internet had soaked up all the significant money and cash was the currency in the betting shops. Everyone bet in ‘oner’s’, more monkeys were flying around than London Zoo, Charlie and Robert bet in grands and Michael still did his daily £700 perm on the lunchtime 49’s – I kid you not.

Even as the lunchtime break once a year customers queued to get their Cheltenham Lucky 15’s and placepots on, Michael would be scribbling out his 49’s perm as the drum rolled and the countdown ticked down to ‘10 seconds for no more bets’ – some punter that guy was.

It was in the day’s when betting shops shut at 6 pm. After racing customers and staff would retire to the Williamson’s Tavern to share tales of success and drown sorrows. Armed with a free copy of the Evening Standard and tomorrow’s declarations, preparation for the next day’s battle would commence over a few too many beers. Great times…..

Cancellation of Cheltenham Festival in 2001

Compare this to the scene in 2001 when the foot and mouth outbreak took hold and it was an empty shop playing out virtual racing from Portman Park. Michael was still there doing his 49’ers perms!!!!

I’ve no idea if 2/1 represents a true chance of the Cheltenham Festival 2020 being cancelled. I know too little about the coronavirus, if medical science is ‘your thing’ then you’ll be better informed than me as to whether it is a 33% chance that racing won’t go ahead?

Go ahead, or not of the Cheltenham Festival will be a governmental decision it won’t be a racing decision. If the government decides that mass meetings of people, sporting events or otherwise need to be cancelled in the interests of public safety then that will be it.

In other countries around the world already more affected by the coronavirus, sporting events have been cancelled or had their viewing and participation restricted.

The Tokyo Marathon has been reduced from nearly 40,000 participants to a small field of elite athletes. The Chinese Grand Prix in Shanghai has been postponed. The J-League in Japan has cancelled all domestic games until mid-March. Serie A matches in Northern Italy have been postponed and the list continues to grow….

I see that BHA Chief Executive Nick Rust has stated that a coronavirus steering group has been established and they are monitoring the coronavirus outbreak.

That’s only to be expected, and the right thing to do. Ultimately the government will decide the fate of the 2020 Cheltenham Festival.

In the scheme of things it won’t be the end of the world if the Festival succumbs to the coronavirus but, it will leave a hole for many. Fingers crossed. 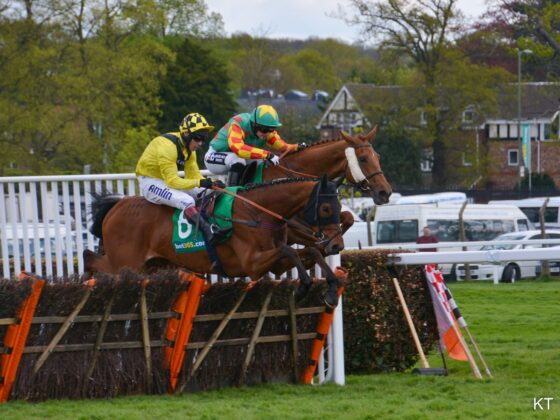